Economics and social sciences teachers from France may opt to teach students about cryptocurrencies in the near future. The French Ministry of National Education has issued a resource guide that touches on a wide variety of economic subjects. The eight-page guide discusses Bitcoin with a pedagogical activity card that teaches the different functions of money. The “educational activity two” lessons are comprised of classifying particular examples of money functions specifically with a cryptocurrency. The purpose is for educators to give the example of Bitcoin in order to show students the relationship between traditional money systems and trust as well as other properties. The Ministry of Education also provides resources and proposed activities which include four videos hosted by Dessine-Moi l’éco.

The videos are called “Do you have to trust your currency?”, “Can Bitcoin replace the euro?”, “Is Bitcoin a currency like any other?” and “Is Bitcoin the currency of the future?” The teachers’ resource guide of proposed activities explains that instructors can have students list the functions of currency and show how they apply to Bitcoin. Further, students can separate the euro and cryptocurrencies from a trust point of view. Prior to the Bitcoin section, the resource guide also discusses how central banks mobilize the instruments of monetary policy. According to the Ministry of Education, central banks “create sufficient money to support global demand, but also ensure the preservation of the purchasing power of the currency.” The activity card for French educators says that central banks such as the ECB and Federal Reserve must “react” if there is a risk of accelerated inflation.

The four videos about cryptocurrencies and bitcoin on the Dessine-Moi l’éco website are a few years old as they were published in 2017. Despite the age, they are very informative and the transcript from the video “Is Bitcoin a currency like any other?” explains that Bitcoin is “a virtual currency that circulates on the internet.” The video also notes that cryptocurrencies allow people to measure the value of goods and services in a digital sense and the network transactions serve as a medium of exchange. The film further says that the cryptocurrency can be stored for future use, but also emphasizes that users should “be aware that the euro and bitcoins have different characteristics.” “The euro is a legal tender, this means that it is recognized by the public authorities and that everyone in the Eurozone is obliged to accept to be paid in euros,” the video’s transcript reads. “Even if more and more e-commerce sites and even some physical shops accept the Bitcoin as a means of payment, nothing obliges a merchant to accept them and no one guarantees that they will be accepted in the future,” the video hosted on Dessine-Moi l’éco adds.

Academic institutionsaround the world have embraced spreading blockchain and digital currency knowledge for years now. For instance, the University of Luxembourg provides crypto security courses, Columbia University and IBM offer a slew of educational resources, and the University of Tokyo offers a blockchain innovation course as well. Coinbase recently published findings that disclosed more than 40% of the top universities around the world offer a course in cryptocurrency or blockchain. The study also found that 25% of the students surveyed were interested in taking a course on cryptographic technology. A high school in Brisbane, Australia had a lot of interest in Bitcoin so it prompted Brisbane students to create a cryptocurrency information night. Students at Union Catholic High School in Scotch Plains, New Jersey were also curious about digital currencies and the school’s Business and Personal Finance class added a cryptocurrencies course during the second semester in 2018. Last year, news.Bitcoin.com reported on a Dutch high school exam that featured Bitcoin-themed questions. The French Ministry of Education teaching educators how to address current cryptocurrency trends indicates that academic institutions take the technology very seriously.

What do you think about the French Ministry of Education’s teacher resource guide that discusses Bitcoin and cryptocurrencies compared to the euro? Let us know what you think about this subject in the comments section below.

Did you know you can buy and sell BCH privately using our noncustodial, peer-to-peer Local Bitcoin Cash trading platform? The Local.Bitcoin.com marketplace has thousands of participants from all around the world trading BCH right now. And if you need a bitcoin wallet to securely store your coins, you can download one from us here.

Also Read: ECB President: ’We Should Be Happier to Have a Job Than to Have Our Savings Protected’ 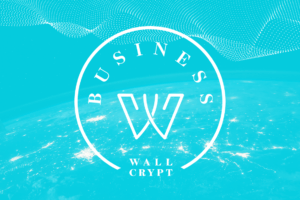